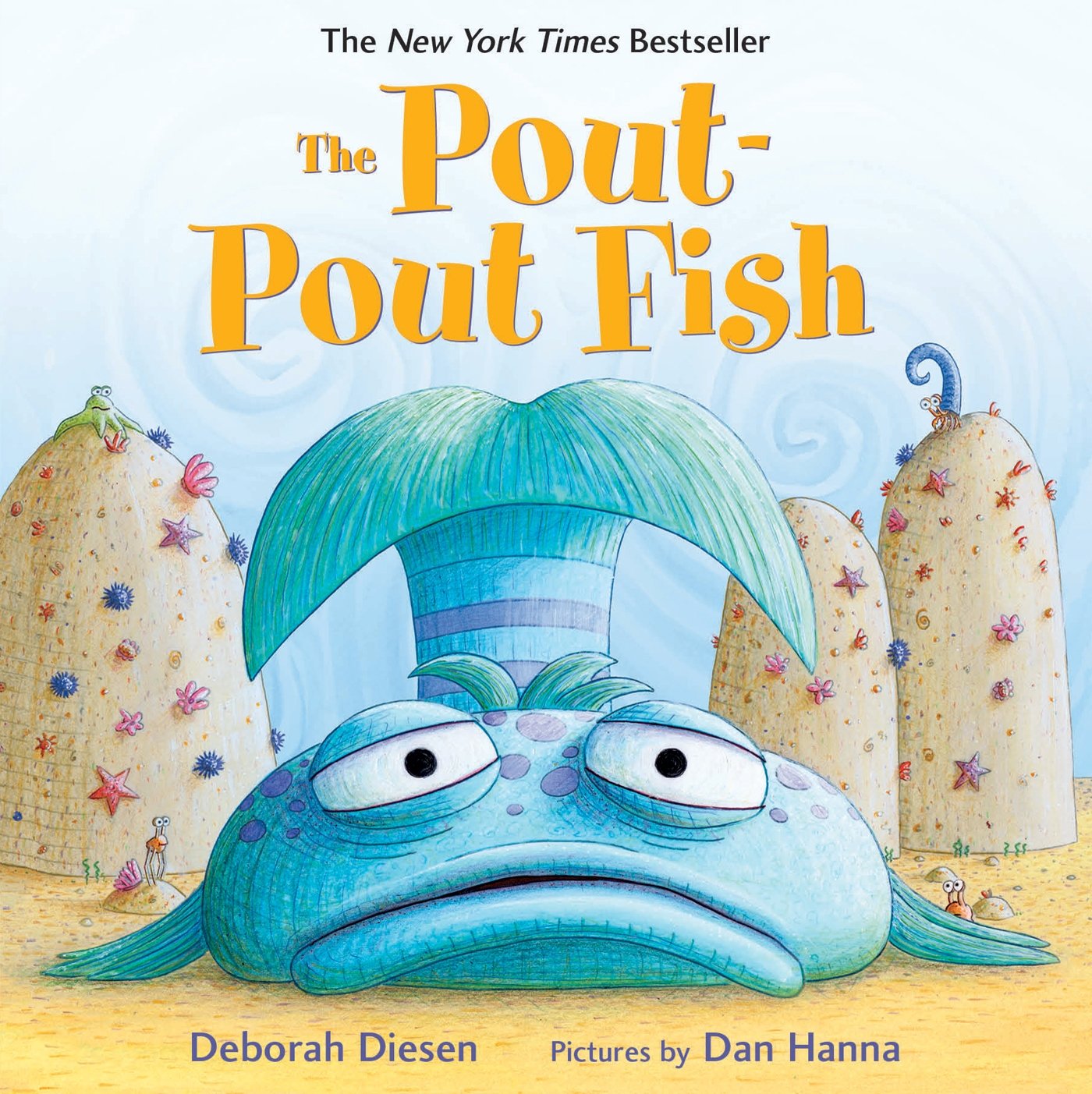 I read this book with a small child. It concerns a blue fish, the titular Pout Pout fish. Through out the story, Pout Pout is admonished to smile and be happy, while he insists that he is “A Pout Pout fish, with a pout pout face,” destined to “spread the dreary wearies all over the place.”

After pouting all over the ocean, he meets a beautiful fish who “instead of saying “hey” … plants a kiss on his pout and then she swims away.” Pleased, Pout Pout Fish declares he’s been wrong all along, that he is in fact a “kiss kiss fish,” and proceeds to smooch the entire ocean.

There’s a lot to unpack here.

First, this book was published in 2013 so somebody should have caught these issues. I kept waiting for someone to ask the Pout Pout fish what was wrong or tell him that he’s still liked, despite his melancholy. No such luck. One fish literally says that pouting is a “unattractive trait”! That’s right, kids! Fake a smile or no one will ever love you! Maybe he’s a pout pout fish because his “friends” keep insulting him for the way his face looks!

Second, where’s the consent? Don’t smooch without asking, children, no matter sad they look. It was such an easy fix. Beautiful fish could have easily said “maybe you’re a kiss kiss fish.” Pout Pout agrees to experiment and decides she’s right. Boom! Now your kid’s book is about how you can improve your spirits through friendship and affection, rather than the origin of an aquatic serial harasser.

Third, I don’t like the message that physical and romantically coded affection will save anyone from depression. Pout Pout fish literally has a pout pout face. It’s the face he was born with. Can he change the connotation and be a kiss kiss fish with help from those who care about him? Sure, but it takes a hell of a lot more than non-consensual smooches to get over than hurtle.

The Pout Pout Fish does have its charms. The illustrations are bright and engaging. The prose is lively and bright, with fun, tight rhymes. It’d be great if children weren’t tiny sponges who can soak up all sorts of wrong messages if you couch them in clever words and charming images. I can’t recommend The Pout Pout Fish, but I’ll probably pick it up again, considering the kid is obsessed with it.

Writer View all posts by katercanter